The crowd-funded duo of Mica McNeill and Mica Moore achieved Britain’s best ever result in the women’s bobsleigh on Wednesday at the Olympic Sliding Centre, more than punching above their weight to finish eighth less than six months after their funding was controversially pulled. 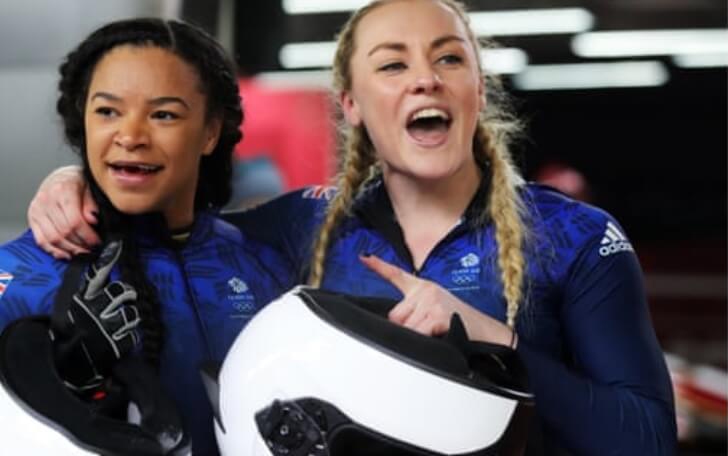 McNeill, the pilot, and Moore, the brakewoman, had to go cap in hand to the public when their funding was cut off in September but needed only six days to reach their target of £30,000 to cover the team’s running costs, a sum that ultimately swelled beyond £40,000 and paid off handsomely when they outstripped Britain’s previous best ninth-place finish by Nicola Minichiello and Jackie Davies at the Turin Games in 2006.

“We’re buzzing about that result,” said McNeill, the 24-year-old from Consett, County Durham. “We deserved to come here. We knew we could absolutely kill it.”

Jamanka, the 27-year-old who took up the sport five years ago but has yet to win a World Cup race, finished with a four-run combined time of 3min, 22.45 sec, only seven-hundredths of a second faster than Meyers Taylor. Her first senior-level win could not have come at a more opportune time, marking Germany’s fifth gold in eight sliding events in Pyeongchang with three in luge and one in men’s bobsleigh, already eclipsing the country’s entire Sochi haul of four.

But on an unseasonably warm night during which Nigeria won hearts in becoming the first African nation in one of the Winter Olympics’ charter sports, the crowd-pleasing British tandem managed to rate among the biggest sentimental favourites.

“Our brains are just frazzled, we are just so happy,” said Moore, a former Commonweath Games sprinter from Cardiff. “We can’t believe we are here to start with and then to come eighth and make history with the best British finish is incredible.”

McNeill and Moore started the evening in sixth position, just 0.46sec behind the German pace-setters. A rickety finish to their third run on Wednesday night proved costly in their podium push, but only left them hungrier for more in the years to come.

“My limited experience on this track showed a little bit,” McNeill said. “I’ve had less runs than anyone here. I put two great runs down in the first two heats and we were up there in the medal mix. But I had a mistake on the third run, I was just letting it run in turn eight and we caught the roof and it made trouble for a couple of corners.”

After coming tantalisingly close to a fairytale podium, McNeill is already looking ahead to the next Winter Games and is bullish on the team’s chances.

“We want to go to Beijing 2022 and absolutely smash it and be among the medals,” she said. “We’ve got four years to work on things, get faster on the start and improve my driving skills. I definitely think we’re capable of a medal in four years time.”

Moore added: “Four years is such a long time in sport. We can improve on so much. We are only tiny and we can make ourselves stronger and faster. We are so determined to improve. We are very determined girls, don’t put anything past us.”