MICA McNEILL is hoping to transfer her fine early-season form to the World Cup circuit when she returns to action in the German resort of Winterberg this weekend. 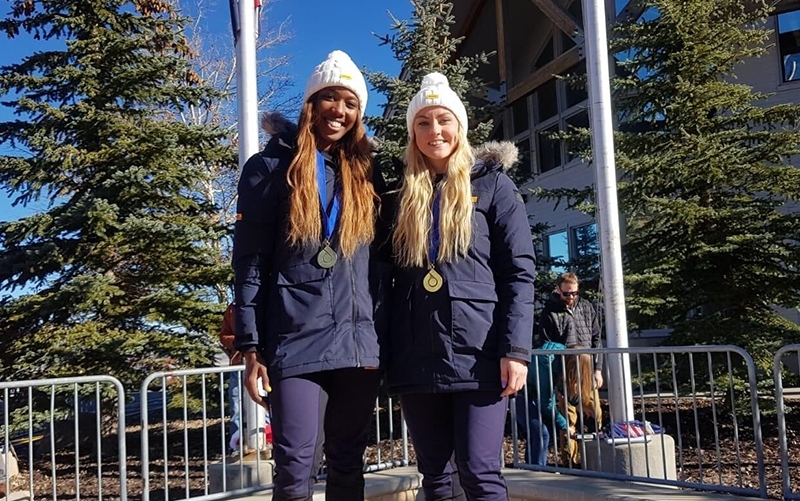 "As a new team, we are getting on fantastic and finding form as we get more heats together"

The County Durham bobsleigh driver has been racking up the wins on the North American Cup circuit in the early weeks of the season, but the level of competition she is up against is set to increase markedly as attention shifts to the European leg of the World Cup series.

It has been a winter of change for McNeill, who made her Winter Olympic debut in Pyeongchang this spring thanks to a successful crowd-funding initiative that raised more than £40,000.

The 25-year-old, who hails from Consett, has signed a sponsorship deal with DHL Express that will see her compete under the team name DHL Team McNeill this season.

Her former race partner Mica Moore has left bobsleigh to study at university, so McNeill has teamed up with Montell Douglas and Aleasha Kiddle, who will alternate as her brake-women throughout the winter.

The third round of competition saw McNeill and Douglas win gold by 0.36secs, and the pair returned to the ice 24 hours later to claim a second successive victory in round four.

The pair then moved on to Lake Placid just over a week ago for the fifth and six legs of the series, with their performances representing another major step forward.

Racing with Douglas as her brake-woman, McNeill won race five by more than half-a-second. That was impressive enough, but even better was to follow when she teamed up with Kiddle for the following round.

The pair claimed a fourth successive gold medal by more than three seconds, a massive margin in a sport where medals are normally decided by hundredths of a second.

“The new DHL Team McNeill is working very well so far,” said McNeill, who continues to succeed at the very highest level despite limited financial support from the British Bobsleigh and Skeleton Association. “As a new team, we are getting on fantastic and finding form as we get more heats together.

“The trip to North America was in the plan to maximise ice time before the World Cup races begin in Winterberg, and it has been very successful, covering three tracks.

“The races were warm-up races to prepare us for the World Cup and to be able to get our brains back into race mode, so to come away with four golds was amazing. Going to a track where home nations are competing is always going to be tough, but we performed to the best of our ability, and it showed on race day.

“We’re excited to have a few days at home to catch up with coaches and refresh, ready for our first World Cup race on December 15.”

The leading European teams will be competing in Winterberg, with the World Cup series then taking a Christmas break before resuming in Altenberg at the start of January.

McNeill’s main winter target is the 2019 World Championships, which will be staged in the Canadian resort of Whistler in March.